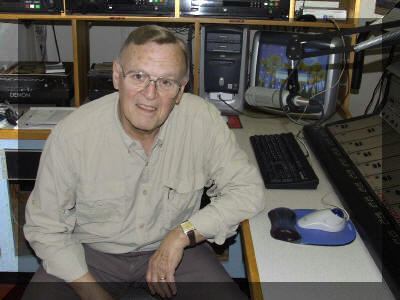 John Staub has been the owner and General Manager of WJEJ since December 21, 1972.

A professional broadcaster since January 1954.  He has worked in all phases of the business including Announcer/DJ, Sales, News, Programming and even some Engineering.

One of his major accomplishments as a young man was the building and operating of WMHI in Braddock Heights, Maryland, from 1960 to 1972 along with two partners.

His training and experience in radio broadcasting have convinced him of the obligation of continuing the tradition of quality radio programming and an adherence to the former Radio Code of Good Practices. This he has done with WJEJ in what he calls "Classic Radio".

"I began listening to WJEJ as a young boy in my hometown of Brunswick, Maryland on a crystal radio set with earphones. The "fireside chats" by Franklin Delano Roosevelt really impressed me. I have now spent most of my adult life as a professional broadcaster having begun in radio in January 1954. I started in radio in Waynesboro, Virginia. Then I worked at WARK in Hagerstown and WFMD in Frederick. In 1960 I built my own radio station, along with two partners, in Frederick licensed to Braddock Heights. I purchased WJEJ AM-FM in December 1972. I've always been proud of our continued community involvement which was the original intention of local radio broadcasting. It is my hope that we can continue to do so."

Joanna is the Assistant Manager of WJEJ Radio. She says of her experience with the company..." It has been both a pleasure and a privilege to grow up in the WJEJ environment. When I was only one month old, my father, John Staub, purchased WJEJ AM & FM. Running a radio station requires long hours of hard work and dedication. As a young child, I thought my father LIVED at the radio station! I have known most of the staff and radio personalities of WJEJ since I was a child and I truly feel blessed to have had such caring, dedicated role models. I recorded my first radio commercial for F&M Bank when I was in first grade. Ever since I heard that first 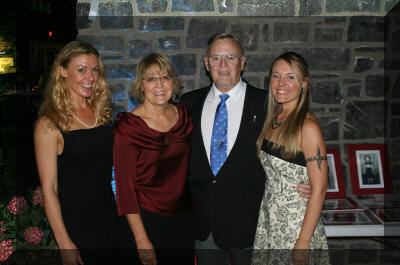 commercial on the radio...I became enamored with the radio business and advertising. I joined the 4-H Public Speaking program and was able to travel and compete in public speaking competitions. I worked part-time at WJEJ during high school and then moved to Hillsdale, Michigan to obtain my B.A. in Marketing & Business Administration. After college, I returned to Hagerstown and WJEJ where I have worn many hats throughout the years including: filer, copywriter, salesperson, commercial producer and editor, announcer, computer programmer, music programmer, trainer, manager, spokesperson, employee and affiliate relations coordinator, and webmaster. I am now Assistant Manager of WJEJ and very proud of the people that make WJEJ the bright spot on your AM dial. I am also very thankful for the devoted listeners that support this radio station. We wouldn’t be here if it wasn’t for you!"


Deprecated: Non-static method Joomla\CMS\Application\SiteApplication::getMenu() should not be called statically, assuming $this from incompatible context in /home/wjejrad/public_html/templates/youpulse/layouts/yjsg_mobilemenu.php on line 19

Deprecated: Non-static method Joomla\CMS\Application\CMSApplication::getMenu() should not be called statically, assuming $this from incompatible context in /home/wjejrad/public_html/libraries/src/Application/SiteApplication.php on line 275